When I started work on subject Delta, I really wanted to have someone dress up as a Little Sister to go along with the suit, but I did not find anyone willing or able to take the role before the convention. However for an upcoming photo-shoot with Delta and the RCGB at the sloss furnace a friend of ours has volunteered to make the dress and be the Little Sister, so I finally have an excuse to build the Adam Syringe.

For those of you unfamiliar with the game, the syringe is used by the little sisters to remove Adam enriched blood from the corpses in Rapture where the game is set. The girls plunge the needle into a body, and then drink the blood so the sea slug that has been implanted in them can process the Adam into a pure compound. It’s the Adam in the Little Sisters that cause splicers to want to kill them, hence why the Big Daddies were created to guard them. In Bioshock 2 (Delta’s game) this becomes an important game mechanic as you have to protect your little sister while she is gathering Adam. 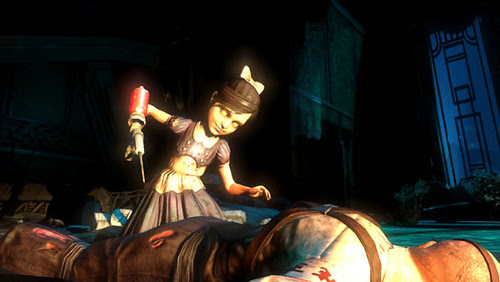 The syringe started off as an antique gas pump handle I found on eBay. Based on some research of similar models, I am fairly confident that this handle is somewhere between 60 and 80 years old. In case you really need to know, the handle moves, but it no longer functions as a water tight valve. 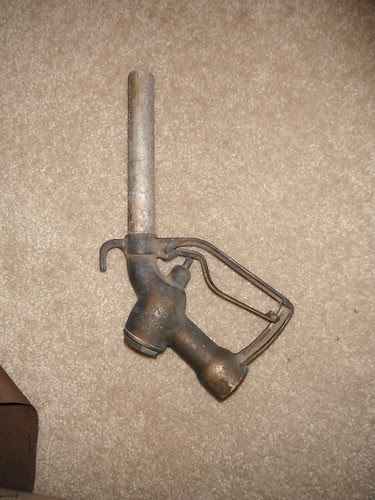 Old Gas Pump Handle, almost as old as my grandparents.

I apologize for the lack of development pictures as my camera broke and I am waiting for it to come back from the manufacturer. I will try to explain the process as best I can in case you are looking to make one too.

To prepare the handle for modification, I took it to the local car wash and pressure washed it to remove the several decades of grime that formed on it. After it was cleaned it was coated with primmer to prevent future corrosion.

The handle end that would have attached to a hose was plugged using a piece assembled from a ¾” pipe clamp and short nipple. Since the piece could not fully thread into the handle, a PVC sleeve was made to cover the exposed threaded area. 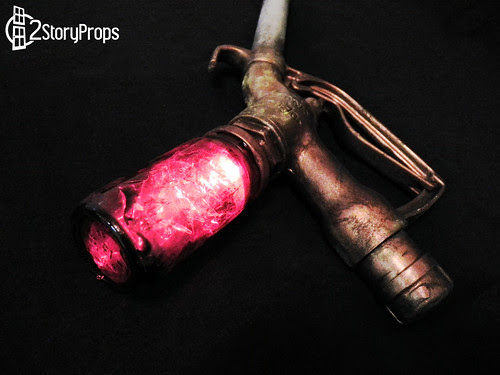 Base of the Syringe with Cap and Jar

After searching high and low for a suitable jar, I found one that worked at the local grocery store. It is a 3.5 floz container of Mario Imported Cocktail Onions. The label was removed with mineral spirits. Many people who have made syringes typically use Gatorade for the Adam inside. I opted not to use a liquid as I did not want to worry about leaks. Instead, the inside of the jar is painted with red spray tint and several pieces of red film were crumpled and put inside. The cap of the jar was modified to accept a fitting from Home Depot, with the other end going into a hole drilled into the gas handle. The handle, fitting, and lid were epoxied in place. A single super bright LED was wired through the fitting and connects to a 3VDC battery in the handle.

The needle started off as a 3/8” dowel. The taper was created by chucking the dowel into a hand drill and then spinning it while holding a piece of sandpaper around it, basically making the drill a lathe. The dowel was centered in the nozzle with ¼” balsa and capped with a washer. 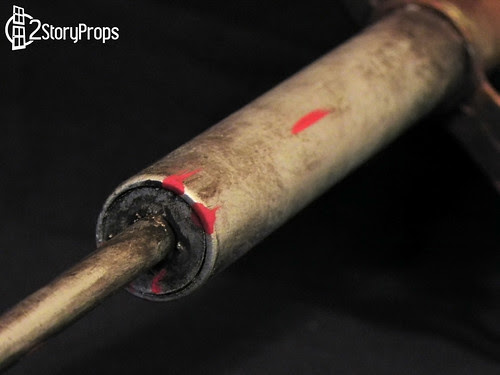 The entire assembly was painted with Krylon Hammer paints and then weathered with acrylics using the same method we used on Delta. Before people start to point this out, I am fully aware it is still missing the baby bottle top. This was left off due to weather and time constraints. 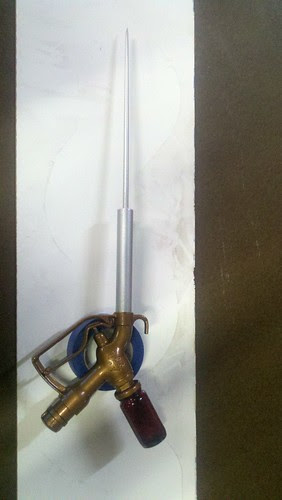 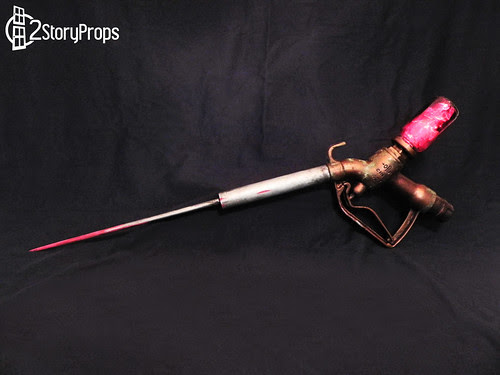 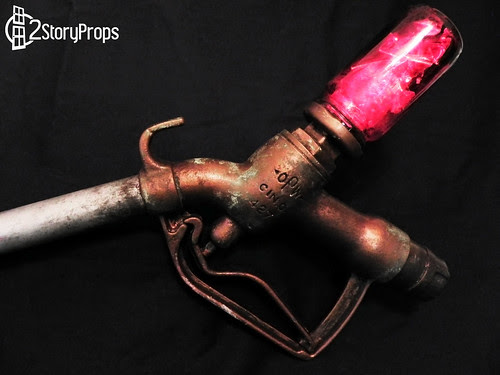 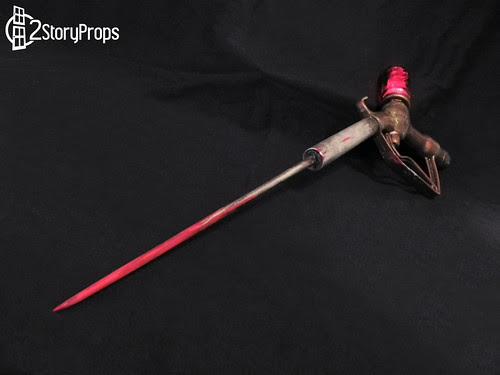 Like I mentioned earlier, this was made for a photo shoot with Dim Horizon Studio this weekend with Subject Delta as well as the Rocket City Ghostbusters. We are looking forward to getting some awesome pictures and will be sure to post them once they are available.
Posted by Wayne at 10:49 PM 1 comments