Samus Aran’s Pistol The Samus pistol was a commission requested earlier in the year by a client preparing a Samus Aran costume for Dragon*Con 2012. This specific version of the pistol is from Metroid: Other M, and the client supplied several pieces of reference artwork. Blueprints were developed from that artwork, and the pistol was scaled to my very first prop replica (pre-2StoryProps), a Republic Commando sidearm from Star Wars. That older pistol had a very hefty size and feel to it, and I wanted to base this new one off of that. 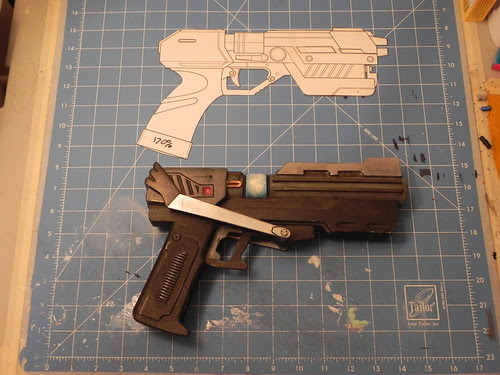 There were a few criteria I wanted to meet with this project. The main one I wanted to meet was to make it as light as possible for general convention use, but also light enough that it wouldn’t slide down the client’s leg when holstered on her thigh. The other criterion I wanted to meet was to make the barrel light up when you pulled the trigger. A lot of people would likely find that to be a rather simple task, but I rarely include electronics in my work. I can work with LEDs and soldering, but making a working trigger mechanism was something new to me. Fortunately it sort of automatically fell into place. More on that later.

In order to make it light, I decided that a hollow build was necessary. I transferred my blueprints to some ¼” MDF sheet and cut out several layers. The inner layers would then have their interior sections cut out, leaving a lightweight framework for the interior. The framework would allow for a battery pack inside the grip, and more than enough room for an LED, a switch, and all the necessary wiring. The design of the gun in the reference artwork allowed for a hinge for the trigger right on the trigger itself. It’s not a typical hinge location, but for the purposes of making the barrel light up, it was perfectly suitable. The spring action in the trigger would be provided by the spring action on a momentary switch placed at the top of the trigger and mounted to the frame. 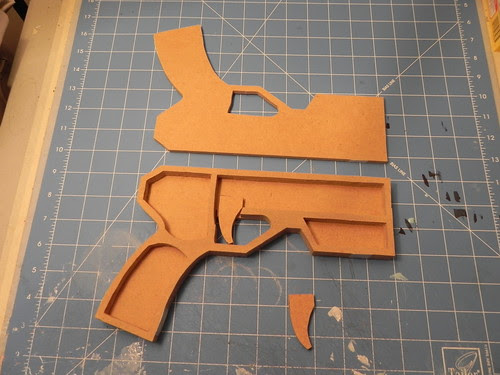 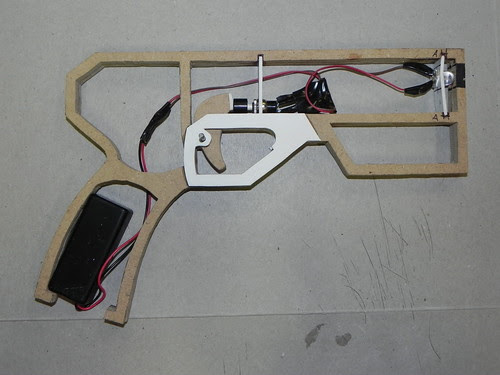 I love making gun props (mostly because I get to play with them as I build them!), and fortunately, after the interior was taken care of, the rest was just cosmetic. The exterior was mostly made up of layered sintra (hollowed when possible) and “For Sale” sign styrene. 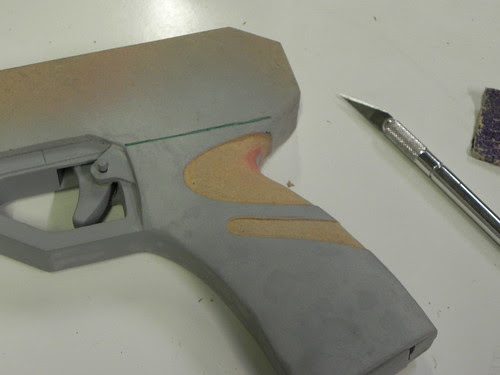 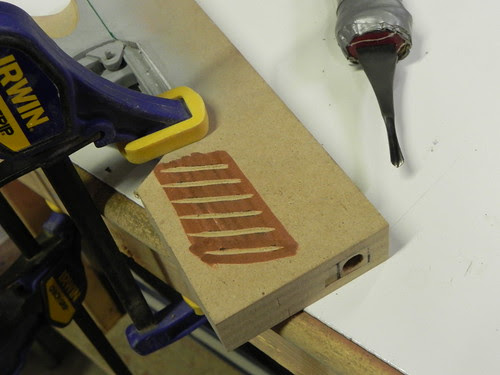 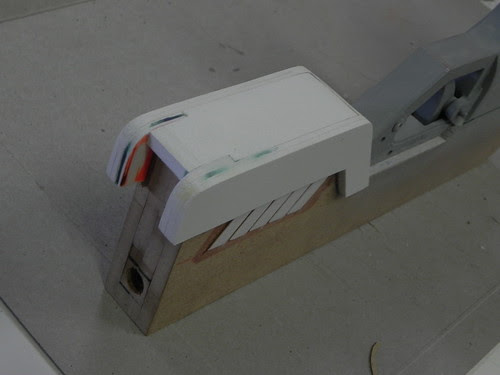 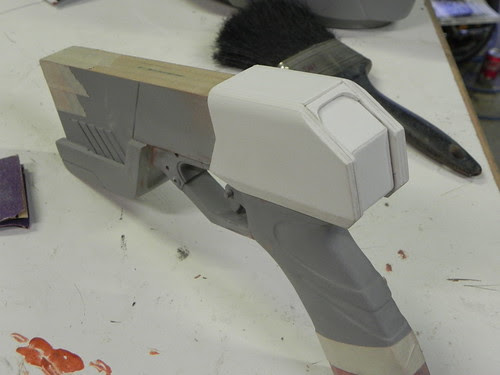 A few bits added to it were resin castings, both for symmetry and for strength. I also decided “slide release” things pivot for a little bit of realism (I don’t know gun anatomy). These pieces are also like the pieces that are going to break (IF they break at all), so making resin castings allowed me to provide the client with a fully painted set of replacement parts, should her conventioneering go awry. 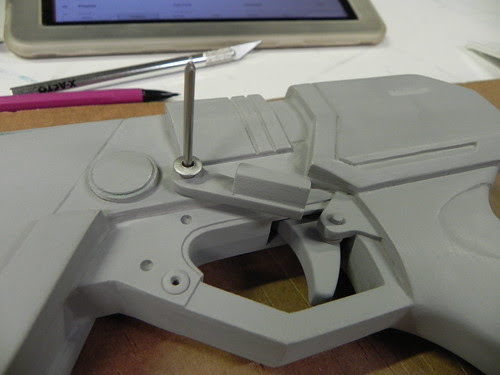 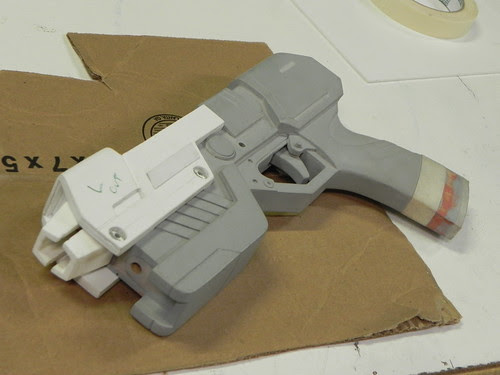 Another criterion I wanted to meet was to provide the client with the full package: a pistol with a holster and thigh pad. Neither addition was requested, but I’m somewhat of a completionist, and if she ever wanted a holster, I wanted it to be a matched set with the pistol. So after a few hours’ work on some MDF, I had a reversible vacuum forming buck, and I made an inner and outer shell out of some styrene. 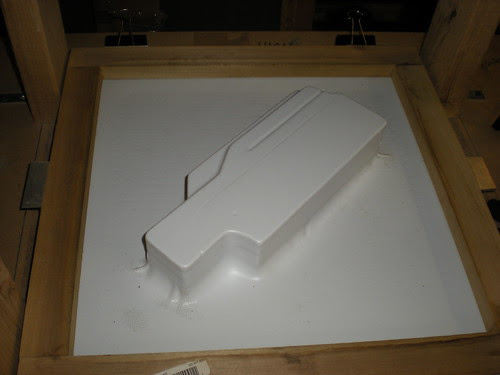 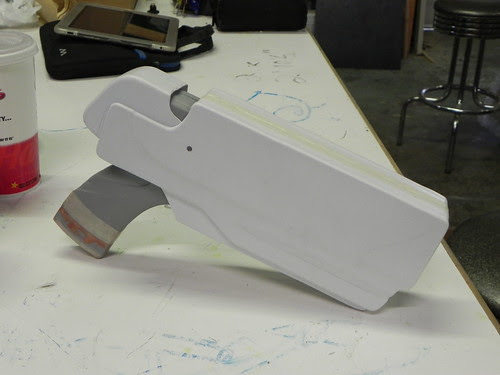 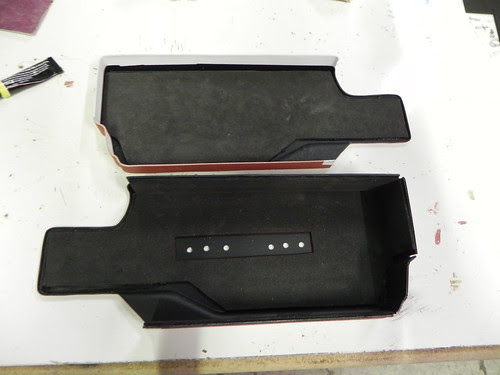 After completing the pistol build, I decided that an access panel was necessary for the LED, should it ever need to be replaced for some reason. Aside from the battery pack, the rest of the wiring setup is inaccessible, but having access to the LED at least gave the client the ability to swap that out if it ever burnt out. 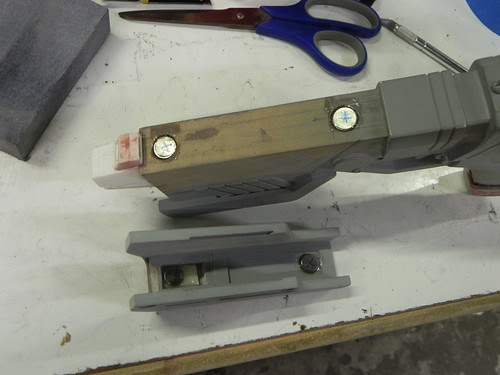 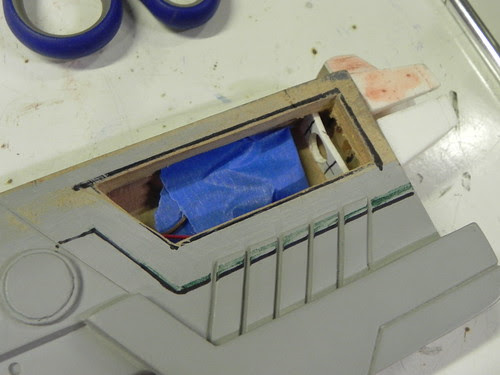 This was a super fun build, and I really enjoyed working with the client. As this is a back-logged write up, I can’t remember the exact working time frame for this project, but it took somewhere around two months to complete. And here are the studio shots! 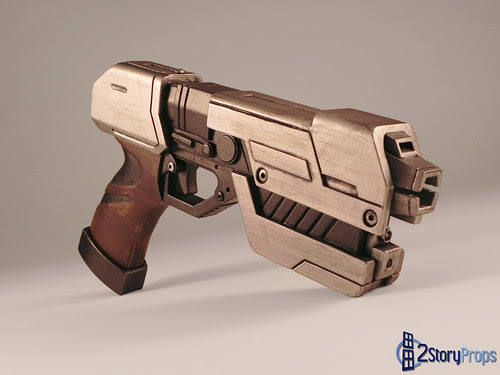 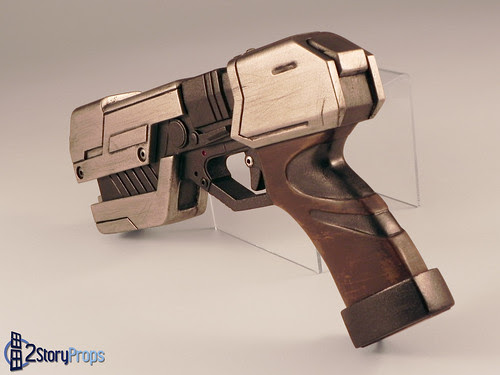 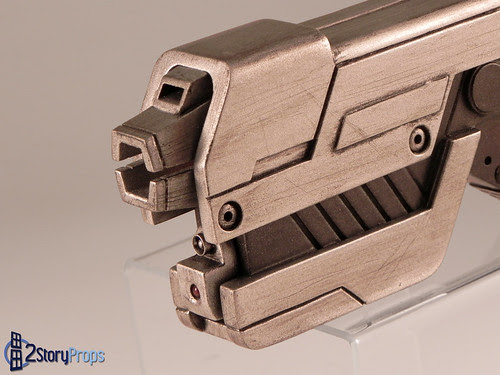 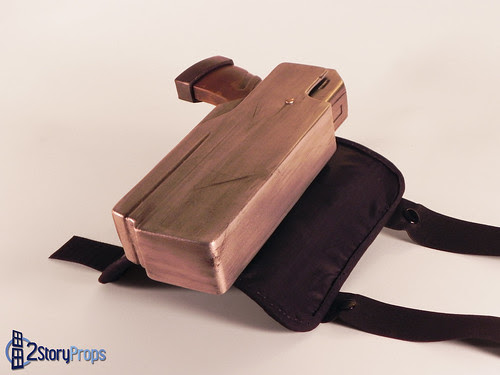