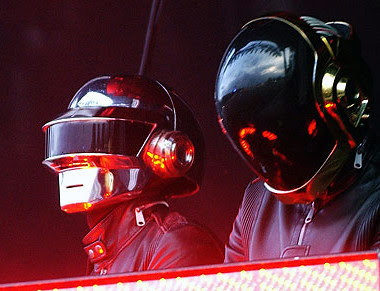 If you're in the prop building community and are also a Daft Punk fan, you're probably already aware of Volpin Props' awesome Guy-Manuel helmet. Volpin pulled out all the stops. It is no doubt that his phenomenal work has inspired me to build my own Daft Punk helmets. As one of 2Story Props' next group projects, I'll be working on both Guy's and Thomas' helmets simultaneously, with a goal of Halloween 2011 (hopefully). Of course, the entire ensemble with include the leather suits and the gloves (or, if we choose to go with electronics, totally pimpin' 70s outfits).

Prior to the start of my Daft Punk project, I had experimented with incorporating 3D modeling into my projects, and implementing it via Pepakura. Pepakura is a Japanese computer program that can import a variety of 3D model formats, and can "unfold" it into flat, segmented components. You would then scale it to however tall you need the model, and then arrange the parts on a grid and print it out. The paper would then be cut out, folded, and glued together. The fan-made prop community has utilized this method to a great extent. Seasoned prop builders often scoff at the idea since a good amount of pepped projects end up with (frankly) such low quality. But that's another rant. Knowing how to use it correctly and knowing your way around 3D modeling comes as great benefits to the method, and it can be used quite effectively. Most recently for me, the ODST project included several 3D models (designed by yours truly) and built via pepakura.

Back to Daft Punk. The Guy and Thomas helmets, with their simple shapes and smooth surfaces, are perfect candidates for pepakura. The trick, however, is finding the right references and finding the right scale. When choosing the right references, it was important to focus on silhouette rather than overall view - the chrome finish on these helmets can be tricky in certain lighting, and given the large, bulbous shapes on these helmets, the right angle can mean everything when designing the 3D model. As for the scale, since the original helmets are fit only to the two DJs and no other people (except for the instance in Electroma, which were secondary/background helmets), there is hardly enough reference to go by when determining the proper scaling of the helmets. And scaling is everything with these helmets - a half inch too tall, and it's WAY too big; a half inch too small, and its WAY too small.

The 3D modeling portion of the project went rather quickly, mostly due to the simplicity of the helmet designs. I had some modeling practice on more detailed Halo helmets, so when the Daft Punk project started up, the technical aspect of designing the 3D models was a breeze. 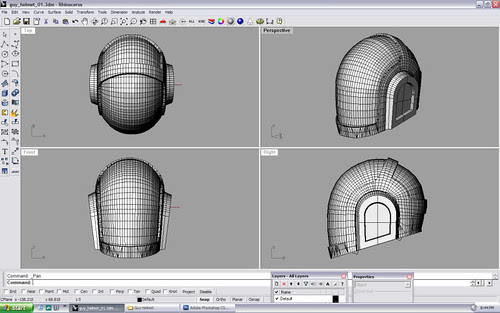 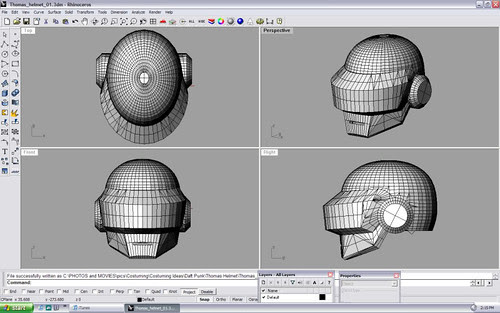 Also having done several Pepakura models prior to this project made the Pepakura designing stage rather easy too. However, knowing how you will build the paper model in advance always helps out when designing the Pepakura model. It's also critical to know how the paper will naturally bend, as well as knowing where your folds will be. With Pepakura, it's always best to not make any folds unless its absolutely necessary, or unless the model has a physical edge at a certain point where a fold makes sense. With the Daft Punk helmets, there aren't many folds to make except for glue tabs. The naturally-flexed paper (as opposed to folded) would later prove to hold stronger and more accurate shape in the paper stage. 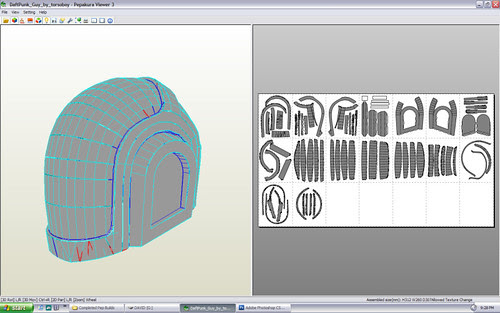 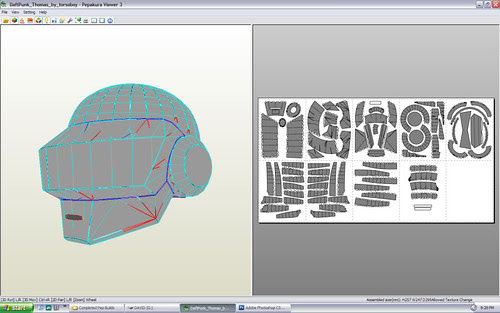 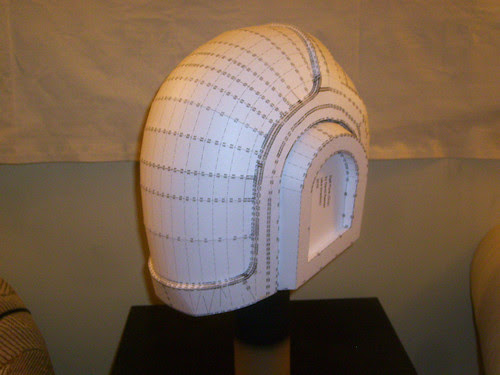 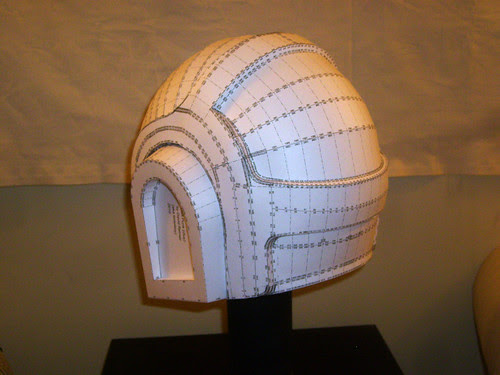 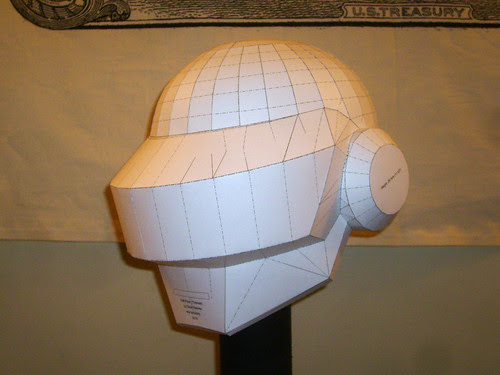 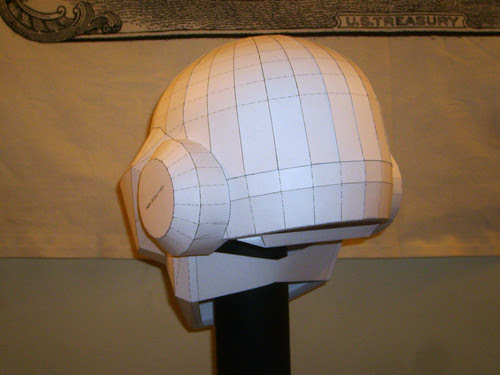 In the next installment of the project, you will see the helmets after having received fiberglass reinforcement to the paper model, and the initial sculpting phases. That will definitely have to wait a while, though, as we still have two more ODST costumes to build, and I have to move to my new apartment! So expect to see more major updates to the Daft Punk project in November or so.
Posted by David Reimer at 11:04 PM