And now for the final write up in the JNPR prop series, we present the creation of Jaune’s armor, sword, and shield. 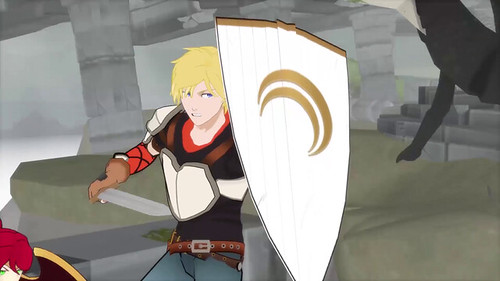 Jaune’s sword was built pretty much the exact same way Pyrrah’s was, in fact they were built at the same time. The sword is made up of layers of MDF and plastic with an ApoxieSculpt tip since this was a one off build. The main difference is the handle on Jaune’s is PVC glued to the MDF blade. After paint, they grip was wrapped in blue vinyl and glued down with Goop. 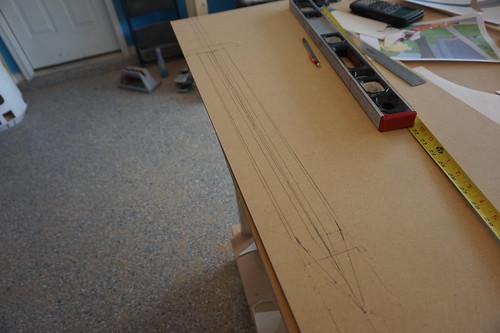 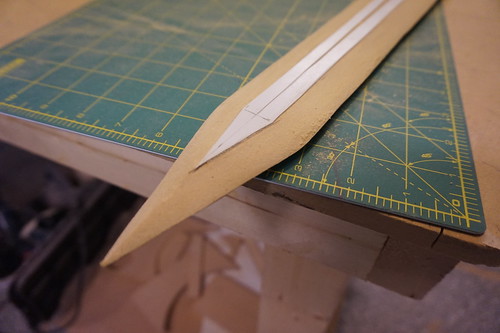 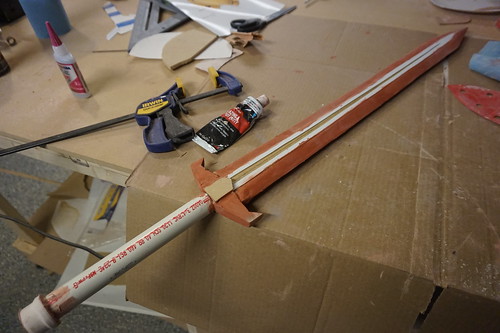 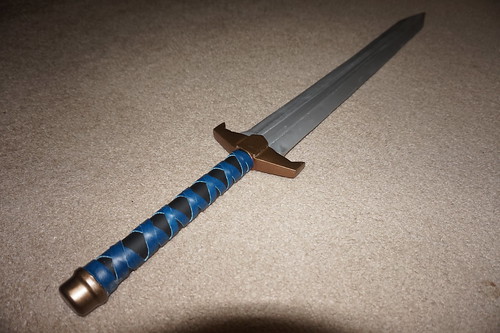 The armor started by taking some measurements from our Jaune, to figure out the rough size and curve the armor would need to take. I then sculpted bucks with pink insulation foam. After initial shaping, the foam was coated in ShellShock to make a hard coating that would survive the heat and pressure of vacuum forming. After smoothing with bondo the edges were shaped with ApoxieSculpt. The armor was then pulled from 0.06” styrene. 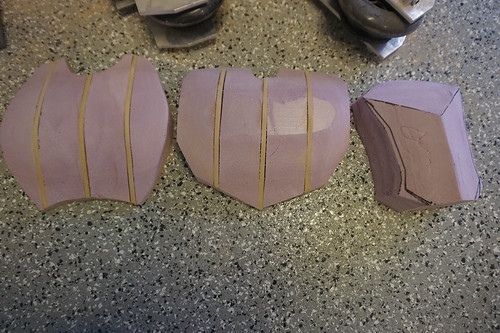 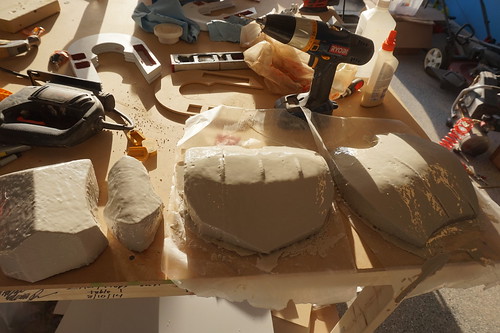 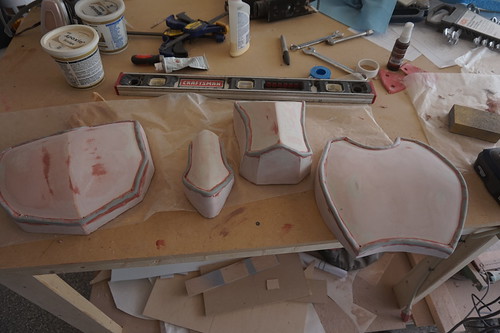 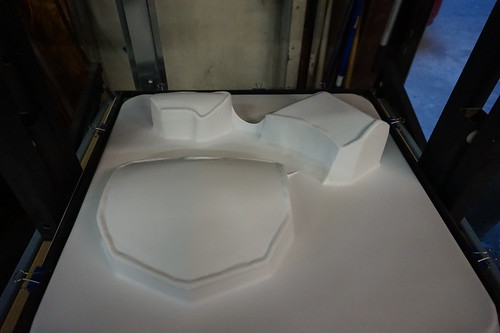 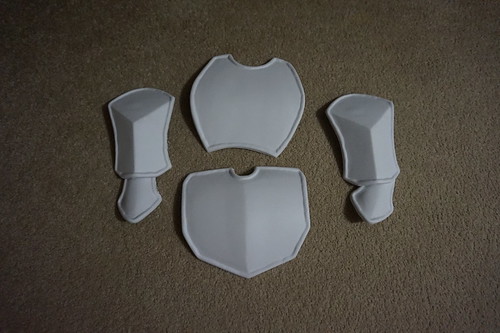 The front and back plates attach directly to the hoodie with Velcro. The smaller piece of the shoulder armor is glued to the large piece with eva foam in between to provide the correct offset. More EVA foam was added to hold the shoulders in the correct location. They attach to the shirt using elastic bands and Velcro.

In the show, Jaune’s shield fold up into a sheath for his sword. To replicate this look, the shield was built up using layers of 0.04” styrene. Internal sections were cut out to reduce weight, while a metal rod was glued in the center to keep the assembled shield straight. Two straps were glued to the back and everything was then painted with krylon. 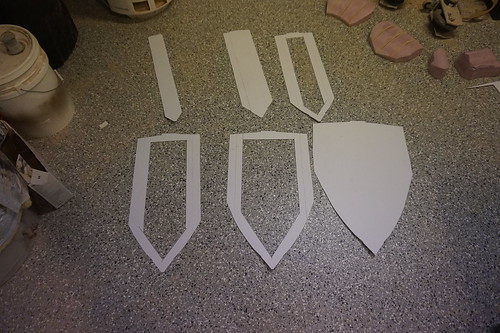 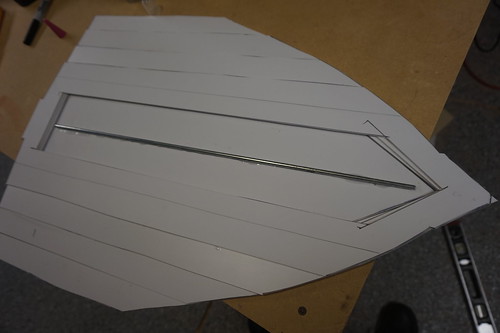 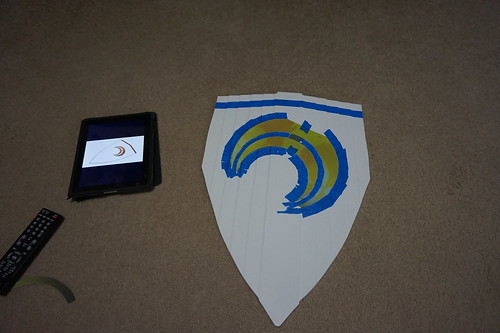 And that’s it! This was a very demanding project as everyone’s props had to be completed in a 6 week window, but having the whole group going around is a lot of fun and I am very happy with how everyone’s costumes came out. 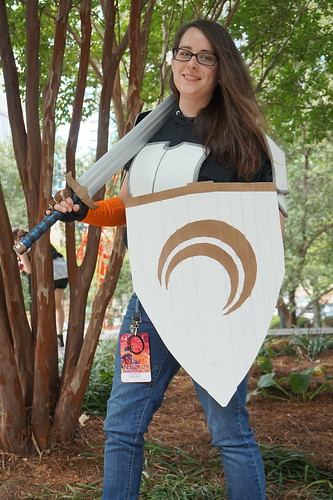 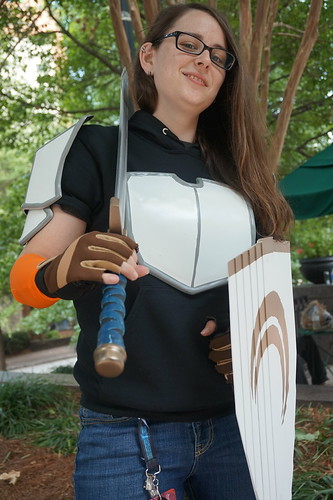 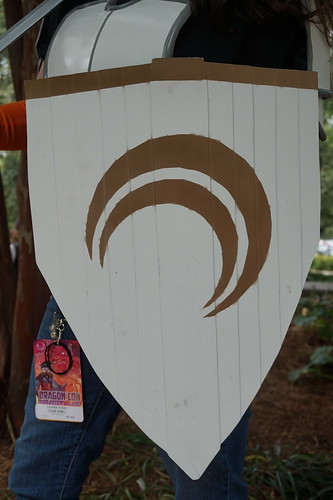 As I mentioned in the first post I only made the props and hard components for the team. All the costumes you see in the pictures were made by the individuals wearing them, except for my coat which was made by our Nora. Additionally our group has two of the villains, Cinder and Torchwich, who made their own costumes as well. I think we can all agree they did a phenomenal job and it was a lot of fun working with them. 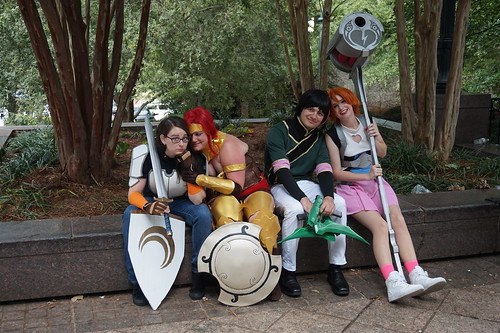 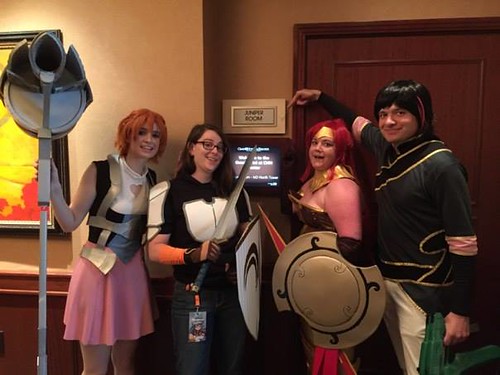 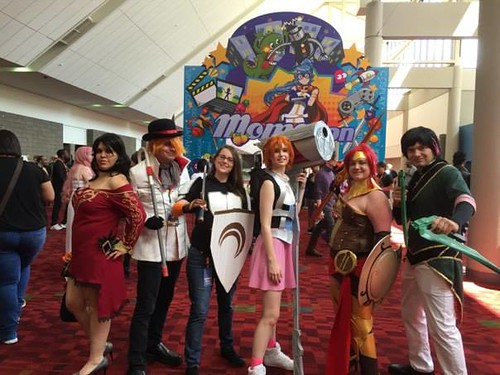 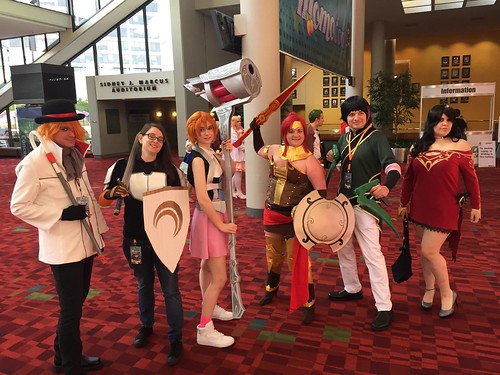 Looking forward, I’d like to try and make the main RWBY team’s weapons at some point, but there is a large project I plan to start after Halloween that will take a lot of my time. Be sure to check out Nora’s, Lie Ren’s, and Pyrrah’s write ups and thanks for reading!