If you have been to a convention in the last two years, chances are you have seen a few people cosplaying as characters from the Rooster Teeth show RWBY. The show is made in the style of anime and Japanese video games, and has A LOT of really interesting props and costume designs. For Momocon 2015 a few friends here in Huntsville decided we were going to put a RWBY, or more appropriately a JNPR, group together for the con. For this project I was in charge of the weapons and props. 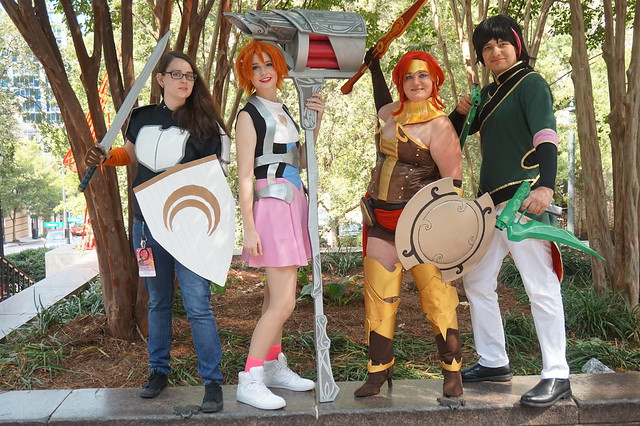 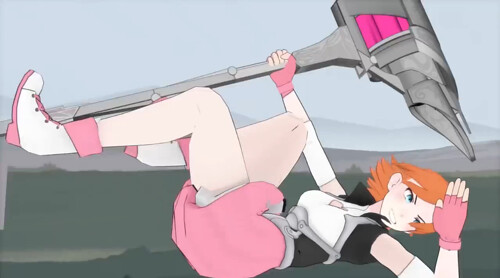 All the weapons in the show, except Jaune’s sword and shield at the time of this writing, function as melee weapons and guns. In Nora’s case, her weapon is a hammer that transforms into a grenade launcher. While I don’t want to say it is impossible to make a prop that transforms, my friend was only interested in the hammer, plus a short deadline lead to the build being only the hammer mode. The project started, as always, by gathering reference material. Monty was very helpful to the fan community and posted multiple shots of all the characters and their weapons on his Facebook page, even going as far as providing a panel break down for the hammer. For scale I decided to make the hammed about 6 feet tall, which would make it 3 inches taller than my friend and about my height. 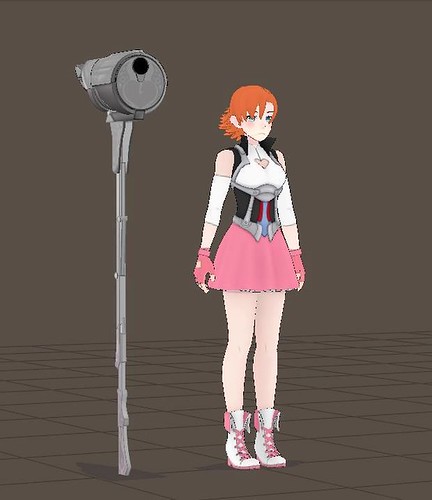 The build was separated into two components; the handle and the head. The handle started off as several strips of ¼” MDF glued together to make a 6 foot long piece 1.5” wide and 1.0” thick. I chose MDF because it was cheap and worked well on the Marshall Lee and Marceline guitars, but if I did it again I would use birch plywood which is a bit stronger and lighter. Additional pieces of MDF were glued on for the two pivot joints and the bottom. My friend wanted to help, so I had her draw the filigree patterns, which I then transferred to 0.04” styrene left over from my R2-D2 build then attached using super glue. After a bit of putty work the handle was primed and sanded into its final shape. 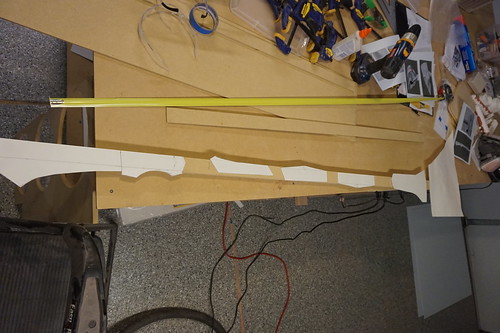 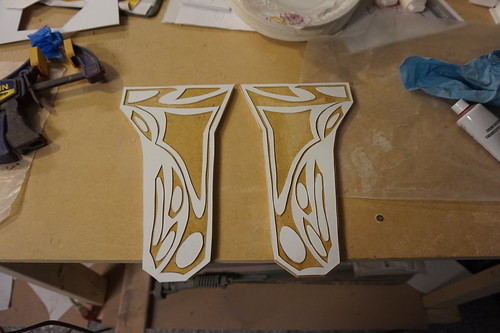 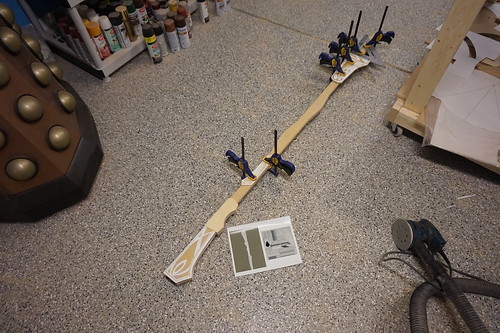 There was a bit of back and forth on how to make the head; either from vacuum formed plastic or EVA foam. I decided to go the foam route as it would save some time and allow my friend to contribute to the build more easily. After making a rough sketch I started by building up the drum portion with 3” mailing tubes and EVA foam. From there I started to build the head of the hammer layer by layer using old floor mats from my apartment and foamie mats from Hobby Lobby. Most of the hammer is joined with contact adhesive and hot glue. 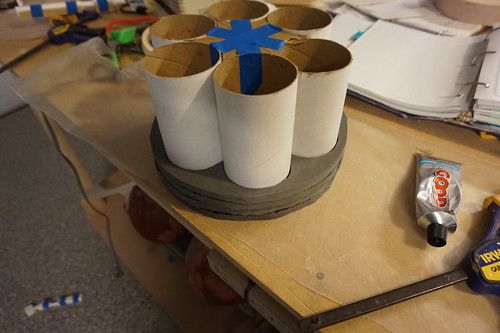 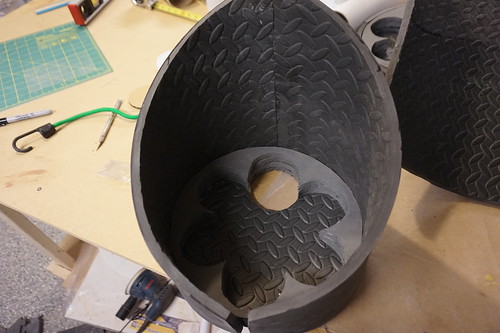 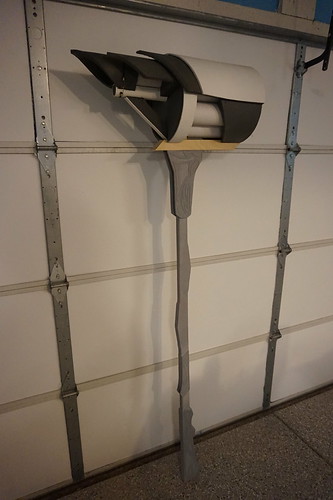 The original plan was to cut the filigree out of foam sheet and glue that to the hammer. What we found out though is the foam stretches, and it is almost impossible to get pieces to fit properly with each other or form a proper straight line. After our first attempt I ended up taking the sides of the hammer off and re-drawing a new pattern on eva foam, then scoring it with a knife and hitting it with a heat gun to give me clean engravings in the foam. 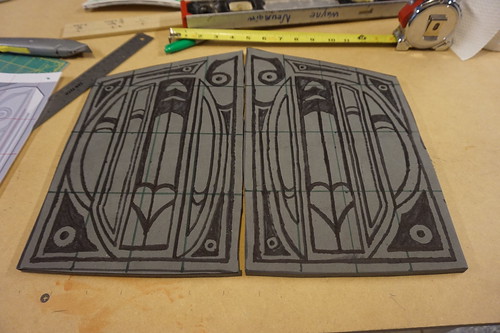 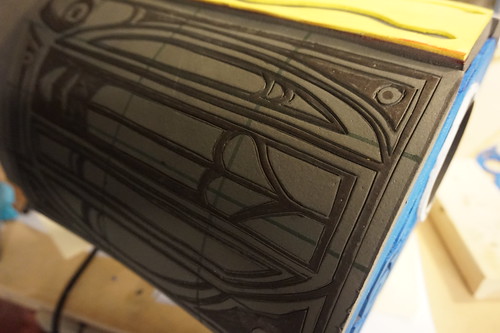 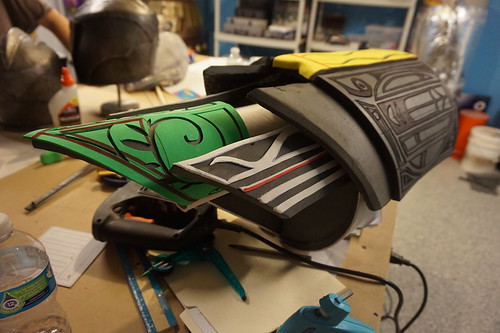 The foam needed to be sealed, so it was hit with several layers of black PlastiDip. Everything was then coated in Rustoleum primer and aluminum paint. My friend added the dark grey by hand with brush on acrylic paint. 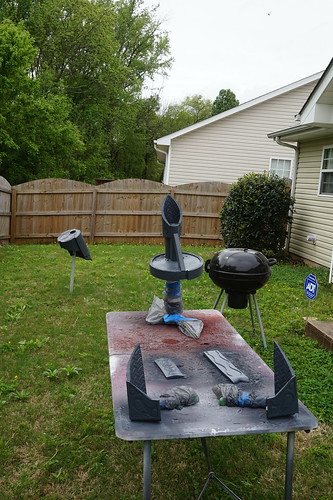 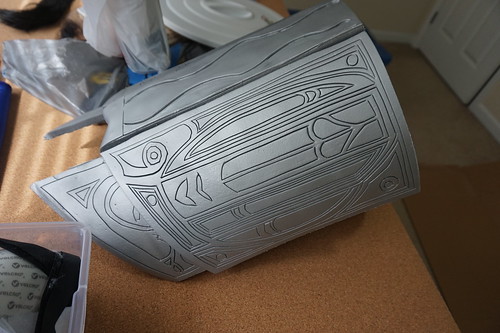 The hammer ended up a bit taller than expected, but over all I am very happy with the result, especially as this is my first foam build. Next write up going up will be Lie Ren’s StormFlower pistols. 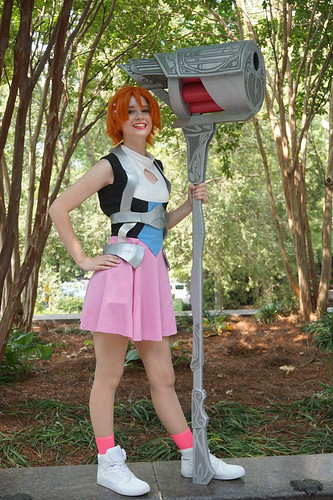 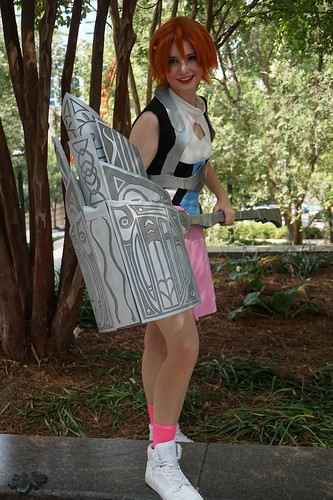 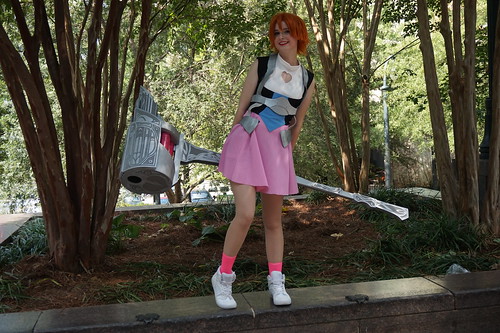 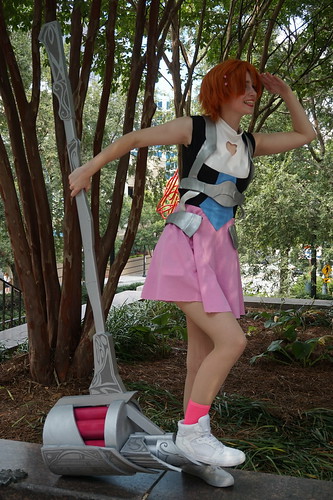 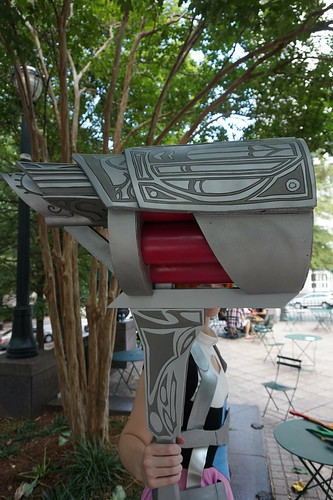